John Mayer seems like a nice guy, but he's in the doghouse for his Twittering habits. According to Star Magazine (via Telegraph), Jennifer Aniston broke up with Mayer again after discovering that he spent more time on Twitter, than he did with her.  A "source" claims Mayer stopped calling or emailing Aniston, and when she confronted him, he told her he was too busy with work. When  Aniston checked his Twitter page, she discovered he had been posting hourly updates on the microblogging site, yet he claimed to be too busy to call her. According to the "source,"

"Jen was fuming. There he was, telling her he didn't have time for her and yet his page was filled with Twitter updates. Every few hours, sometimes minutes, he'd update with some stupid line. And in her mind, she was like 'He has time for all this Twittering, but he can't send me a text, an email, make a call?'."

"He didn't even deny it. He knew he was avoiding her. So when she called him on it and ended things, he just said OK, and that he was sorry it didn't work out.

Even so, shortly after Aniston's call, Mayer's Twitter update read: 'This heart didn't come with instructions.'

Mayer currently has over 362,000+ followers on Twitter, and he updates the feed himself constantly from the road, from bed, the salon, the studio, the restaurant, and well, you get it.  It sounds ridiculous but that's what Twitter is.

I guess if their relationship had been strong enough, she would've made an effort to keep up with his Twitter habit like Demi Moore did for Ashton Kutcher, but I guess she's just not that into you John.

"Let's see:  Sex with Jennifer Aniston, or letting anonymous strangers know you're watching LOST? The fact that this is even a decision proves John's heart definitely didn't come with instructions. Or his body with a penis."

What do you think? Would you dump your boyfriend over his Twitter, gaming, blogging, or social networking habits? 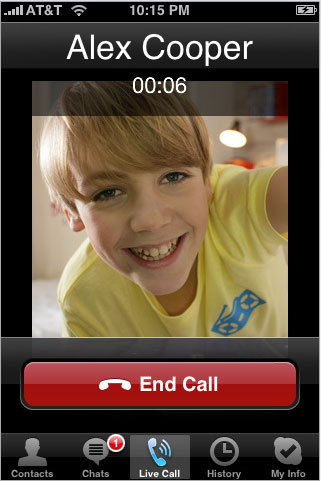