I don't know how many of you out there have been caught up in the Guitar Hero revolution but I have a teenager and younger that enjoys the game, as well as a few nephews that play.  I have seen how interested they get with the game and how challenging it is (yes, I had to play it some) and I've been impressed with the viral aspect of it.  You do realize that people compete with this game, right? 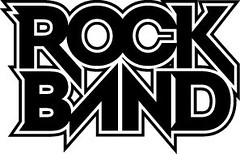 If you haven't seen the game, you probably will eventually.  But now, NOW MTV Games is working with the developers, Harmonix Music Systems, to create an music video game that not only incorporates the guitar, but this one gives you the opportunity to play with 4 players and different instruments.

Drums, microphone, bass/rhythm guitar and lead peripherals will all be included for this game setup.  The plan is to also allow this game to be a both online and offline capable which could really make things interesting.  Word is, they will also release a Wii version.

Harmonix is reported saying that Guitar Hero, during development had a team of around 30 people and this game, Rock Band, has close to 100 working with it.  Imagine the possibilities this one's going to bring to up and coming stars!  Some of the songs you will hear will include Weezer's 'Say It Ain't So', Black Sabbath's 'Paranoid', The Who's 'Won't Get Fooled Again', and Nirvana's 'In Bloom'.

Look for this to be released around the holidays here in the US.