Forget the press junkets and independent films, when celebs head to the Sundance Film Festival they do it to attend the private parties or gift suites like the popular Wii Lounge. Gaming site 1UP caught a glimpse of Tara Reid playing a game on the Wii that requires her to do some type of sword fighting, and Variety has proof that Josh Hartnet, William H. Macy, Richard Jenkins stopped by the Wii Lounge, perhaps hoping to score a Wii? Ah, it feels good to know even celebs have a hard time getting a Wii.

Wondering what other celebs stopped by the Wii Lounge looking to get physical?

Lauren Graham and Matthew Perry stopped by too.

Check out some pics over at Wire Image. Looks like Adrian Grenier, Sara Jessica Parker, Dennis Quaid, Misha Barton, and Mena Suvari all stopped by too. 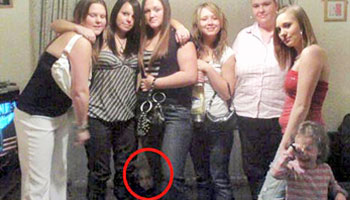 Is there a Ghost in this Picture?