When it comes to mysteries, space is arguably the biggest and most compelling one left to humanity. We’ve pretty much explored our entire planet, and we know what’s waiting for us on each of its continents, but space still mystifies us. It’s probably because we’ll almost certainly never be able to reach its furthest corners, allowing us to speculate wildly about its true nature. 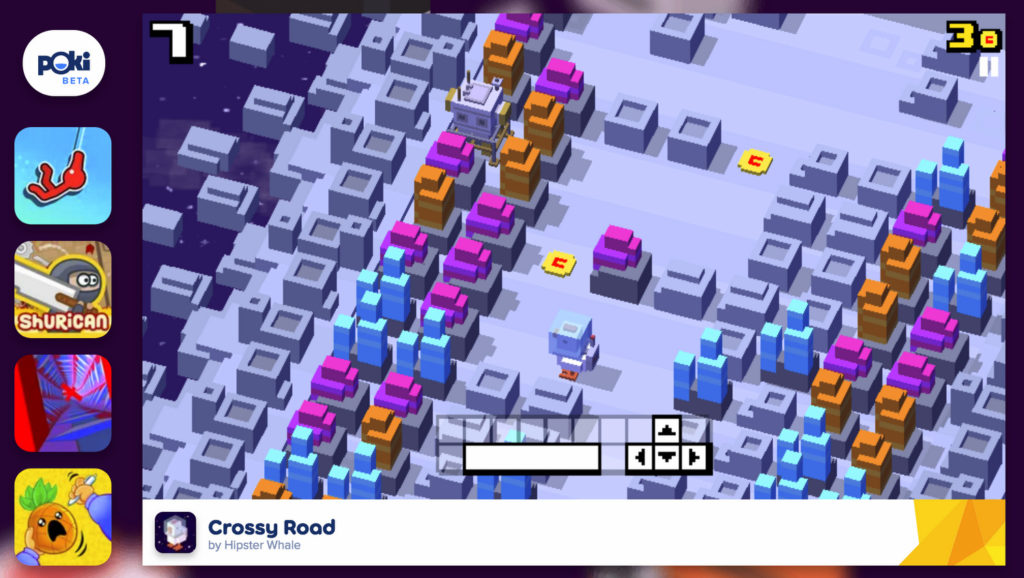 Whatever is waiting for us out there, it probably isn’t a chicken with an astronaut’s helmet navigating dangerous obstacles while gathering enough coins to buy itself some friends, but that isn’t going to stop Hipster Whale from “spacing up” Crossy Road, and nor should it. Crossy Road, if you’re unfamiliar, is a Frogger-inspired road-crossing simulator straddling both the casual and hardcore demographics.

Hipster Whale, who are based in Australia, are also responsible for some excellent recent games including Pac-Man 256 and Shooty Skies, both of which are inspired by the classic era of gaming. Crossy Road continues that tradition (or started it, according to the timeline) with compelling, addictive gameplay spread across an infinite number of hazards and levels. 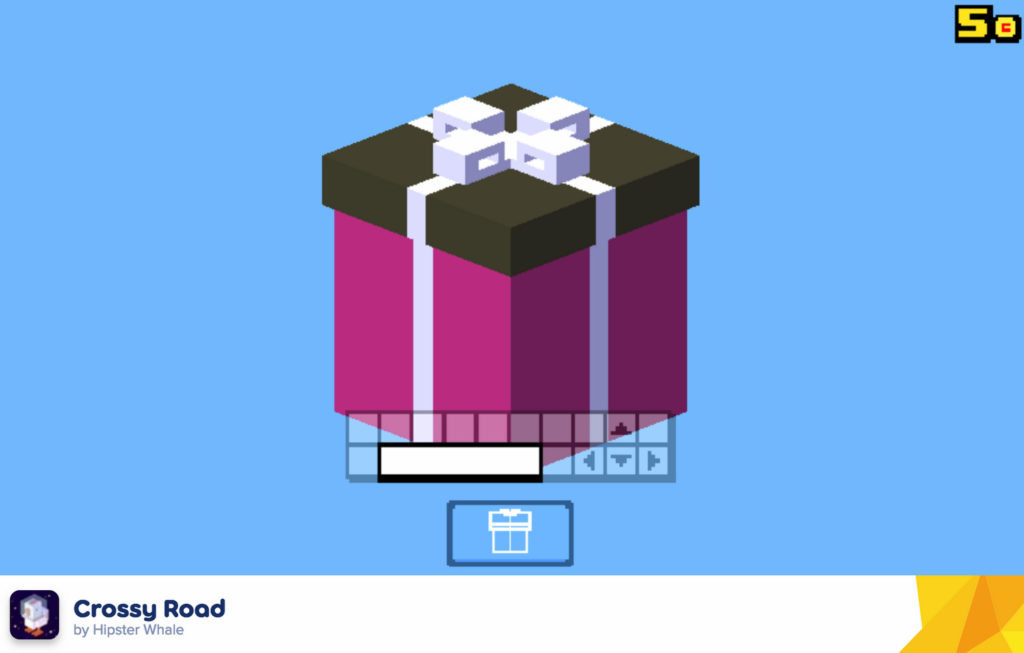 Crossy Road is continually being updated with new content, including this latest Space update which adds a new look for the game as well as extra characters. If you’re already a huge Crossy Road fan, you’ll be pleased to know the game isn’t too different; the mechanics are still the same, so you won’t need to worry too much about relearning anything other than new hazards.

If you’ve never experienced Crossy Road before, then your best bet is to head over to Poki, who are the exclusive publishers of the game on the web. Poki makes switching between the two worlds super-easy, so if you’re looking to play a chunk of the original Crossy Road after giving the Space update a try, you can do so easily simply by clicking the buttons to the right of the game window.

So, if you’ve never played this game, should you give it a try? We’re hard-pressed to think of anyone for whom the answer to this question would be no. Crossy Road’s mechanics straddle the divide between casual and hardcore gamers perfectly, appealing to both sectors while maintaining cross-cultural appeal. Hipster Whale has truly created a game for everyone here. 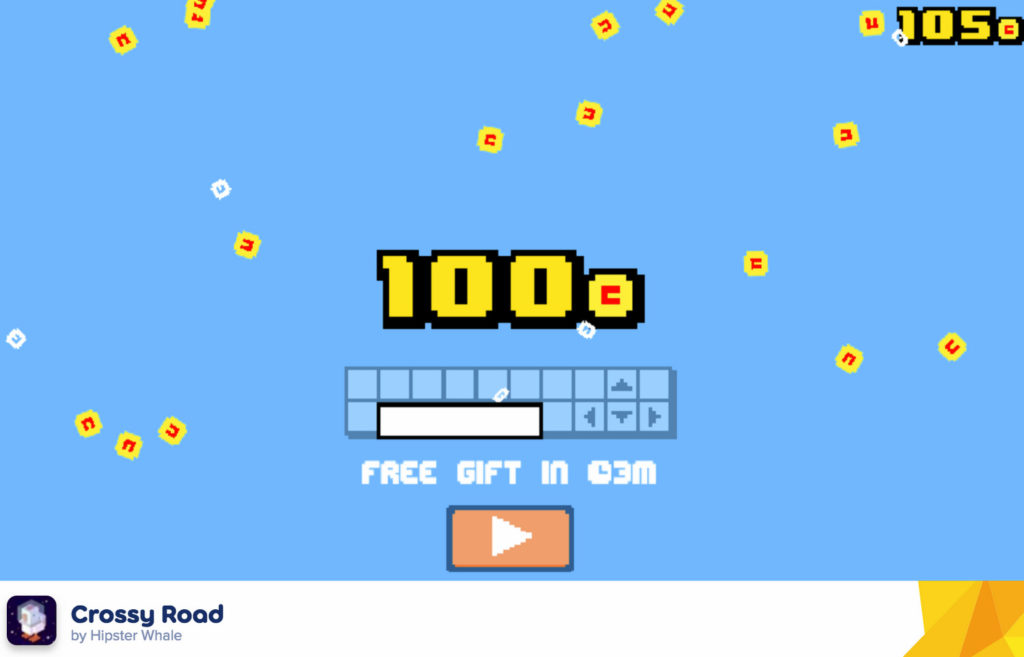 In Crossy Road, your main objective is to dodge things that want to kill you. So far, so video game, right? Frogger’s central thrust was reaching the end of each level, with points being awarded for successive dodges and managing to reach bonus objectives like dodging alligators and rescuing frogs in distress. Crossy Road streamlines the model, simplifying the scoring and level structure in a satisfying way.

Like Frogger, there is no end to Crossy Road. Unlike Frogger, Crossy Road doesn’t split its stages into individual levels, so you can simply play until you die or until you no longer want to. Points are awarded one by one for surviving one more jump, which keeps things nice and simple. There’s no thousand-point multiplier here, making the game arguably more satisfying than its forebears.

What results from these design decisions is a game in which players must make moment-to-moment judgements about whether a log or road can be crossed safely. There’s a degree of reaction-based movement involved, but planning will get you much further in Crossy Road than being quick. Pulling off a flawless sequence of jumps and dodges will trigger that satisfied feeling in both your strategic brain and your twitch reflexes, though, so everyone who plays is a winner.

The Space version of Crossy Road adds some fun new obstacles, which operate in largely the same way as the original version’s cars and other hazards. Perhaps the most fun new addition is the meteor flow, which happens when you’re standing on certain rocks. Meteor flows will ruin your day; they’ll kill you outright unless you’re standing on a glowing shield platform.

This new hazard adds a fresh and intriguing dimension to the game, making those moments a mad scramble to reach the glowing platform before the meteor storm obliterates you. There are one or two other fun bonuses to look out for in the Space edition of Crossy Road, but for the most part it’s still the game you know and love if you’ve played the original edition.

Oh, we almost forgot. There are also some extra characters you can unlock with your coins now, each of which is themed around space. If you’ve ever wanted to play as a sentient piece of cheese or a moon rock, then this is your chance, and who would ever have thought that a video game would appear specifically to cater to your urges? The new characters are great fun, and if you get a kick out of space like we do then it’s great to see them in action.

All in all, the Space update adds new bells and whistles to Crossy Road, but it’s still Crossy Road. There’s a huge amount to love here – a lot of effort has gone into making the space world fit with the game’s visuals while also bringing its own quality updates into the bargain – and nothing at all to dislike. If you’re not a Crossy Road fan, this won’t be for you, but if you are then dig in and enjoy yourself. Incidentally, if you aren’t a Crossy Road fan, maybe give this one a try anyway and you just might find yourself converted by the game’s excellent design, infectious sense of humor and literal hipster whales (yes, really).

Pros and Cons of Travel Apps While ... 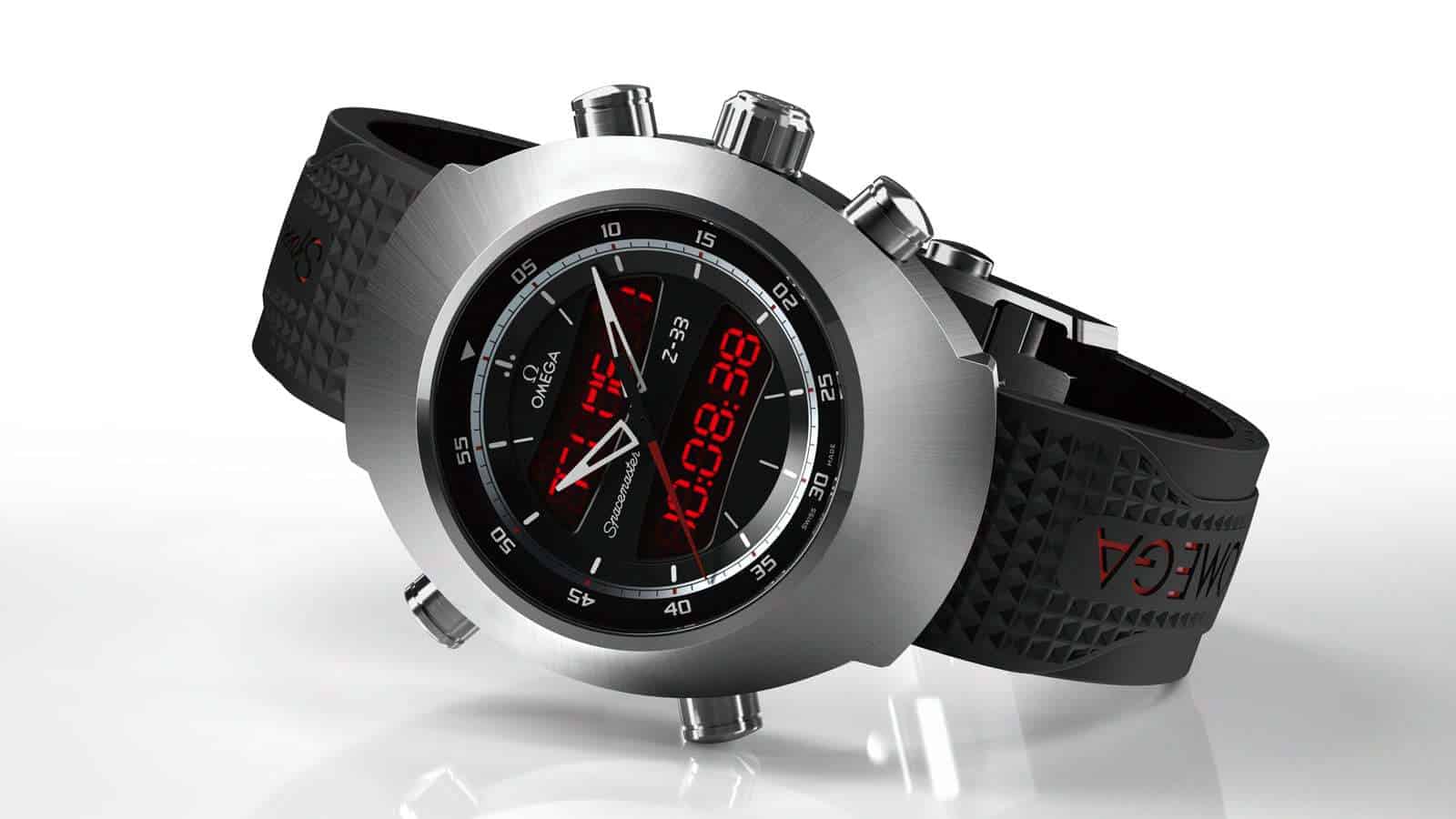