I've been taking a few film classes in recent years,  and have learned that nothing, and I mean nothing, comes between a student and their texting devices. Professors have developed a complete disdain for anything electronic in the classroom, including laptops and iPods, and it's all because students just don't know when to put their tech toys away.

Maybe that's way Ball State University decided to conduct a "study" of 300 students to officially reach the conclusion that a texting etiquette is in order, at least in schools. According to Switched (via BSU Daily) 94% of students questioned say they send and recieve text messages,  and most of them (99.7%) own a mobile device.  In the end, of the 300 students 59% said they prefer to text, 17% prefer to make phone calls (gasp), 9% prefer IM, and only 7% resort to email to communicate with their fellow students.

Texting in the classroom is a problem in schools, but I say let them, they're the one's who will be failing the class miserably and won't be LOL'ing about it when they realize they just wasted their money and time texting in class. I mean, should professors really stress out over texting in the classroom? It's certainly disrespectful, but not worth an ulcer in my opinion.  College students are adults, and if they'd rather text than learn, maybe they should be asked to leave the classroom. Period.  Unfortunately, I've seen several professors lose their cool over texting one too many times.

So what should students do about texting in class? The right thing to do is to turn off your phone, but we know that won't happen, so at least try to use common sense.  Like BSU says, "If there's ever a question about whether texting would be appropriate, air on the side of caution and don't do it."

Here are some other tips from BSU Daily:

Stop texting and driving, this can only lead to bad things. Phones with full keypads are becoming more common and pose substantial risks to drivers who have to watch both where their fingers go and make sure the words are correct.

Distractions lead to car crashes. More than likely, the text message won't be worth the amount of money to repair damages caused by swerving into a ditch.

Students aren't fooling anyone while texting in class; professors know who is doing it and the person next to you is probably reading over your shoulder. So put the phone down and pay attention in class.

Texting or talking on the phone while in someone's company is rude. Students should be enjoying face-to-face contact more than relying on handheld devices to stay in touch.

Go for a walk, enjoy the weather when possible. Get out of the residence hall or apartment.

Venture into the world and remember what it's like to enjoy someone's company rather than the beeps and buzzes of a phone. 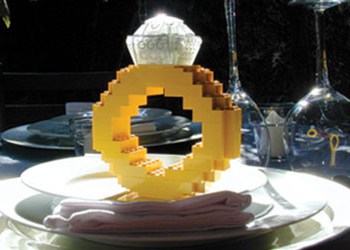 Use your iPhone to send postcards with ...