The Happiest Phone Service on Earth 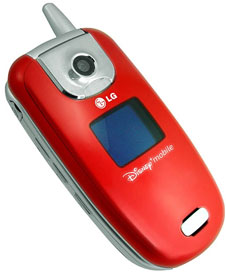 The world knew it wouldn't be too long before mondo-global entertainment pioneer, Disney would be eyeballing the cell phone market and trying to get a slice of the pie with their built-in army of customers. Well, guess what...if you guessed that Disney has launched a new phone service then you're right. The Walt Disney Company has unveiled its mobile phone service for families in the U.S. (a U.K.-based service is scheduled in the near future). The new service, carried through Sprint Nextel, allows parents to monitor and control when, how long, and to whom their children talk to on the cell phones.

4GB on a string