We have three netbooks in our house, and to be honest, I rarely use them unless I'm going on a trip. They're actually very useful if they have a big screen, a webcam, and full-sized keyboard, otherwise they'll just sit in a corner to collect dust like my first netbook did.  I'm sure Techie Diva readers don't have this problem, but according to a recent study, the average consumer can't tell the difference between a netbook and a notebook.  That is a serious problem.  Sadly, consumers believe the two have the same functionalities!  So next time you're shopping for a notebook, keep this in mind and shell out the extra cash for something you'll be happy with in the longrun. Netbooks are meant as a companion, not a replacement.

Check out the study below for more details regarding the study.  Via Engadget

Port Washington, NY, June 22, 2009 – Netbook, notebook – they sound the same. According to a new report from leading market research company, The NPD Group, many consumers believe the two have the same functionalities. NPD's Netbooks II: A Closer Look report, found that 60 percent of consumers who purchased a netbook instead of a notebook thought their netbooks would have the same functionality as notebooks.

Satisfaction was even harder to ascertain among 18- to 24-year-olds, one of the main demographics manufacturers were hoping to win over with the new products. Among that age group, 65 percent said they bought their netbooks expecting better performance, and only 27 percent said their netbooks performed better than expected.

One marketing aspect that has interested buyers is the portability factor. It's been the key marketing tool for netbook manufacturers, and consumers agree that it is a great feature. Sixty percent of them said that was a main reason they bought their netbooks. However, once they got home, 60 percent of buyers said they never even took their netbooks out of the house.

"We need to make sure consumers are buying a PC intended for what they plan to do with it," said Stephen Baker, vice president of industry analysis at NPD. "There is a serious risk of cannibalization in the notebook market that could cause a real threat to netbooks' success. Retailers and manufacturers can't put too much emphasis on PC-like capabilities and general features that could convince consumers that a netbook is a replacement for a notebook. Instead, they should be marketing mobility, portability, and the need for a companion PC to ensure consumers know what they are buying and are more satisfied with their purchases."

Methodology
Nearly 600 adults from NPD's online panel who were identified as netbook owners completed this survey between April 27 and May 4, 2009. 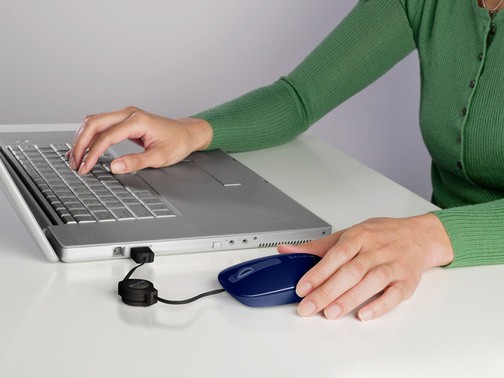