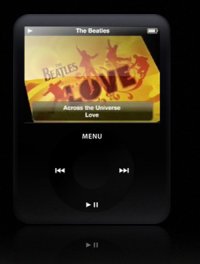 The folks at Gizmodo apparently posted up a supposed spy shot of the upcoming iPod nano, but shortly after doing that they apparently received a dossier from the legal eagles at Apple, politely asking them to remove those spy shots due to the fact that they're still "intellectual property". At least the spy shots confirm that the device in question definitely belongs to Apple, although it cannot be confirmed as at press time as to whether it is the final product or still a fledgling prototype.

Are you excited about the prospect of holding a brand new iPod nano in your hands sometime down the future? Will the user experienced be "gimped" as certain quarters speculate? I think the iPod nano will still generate a whole lot of buzz and even more sales, but as to whether it is a gadget worthy of long time love, that remains to be seen.