Send me to Haier heights 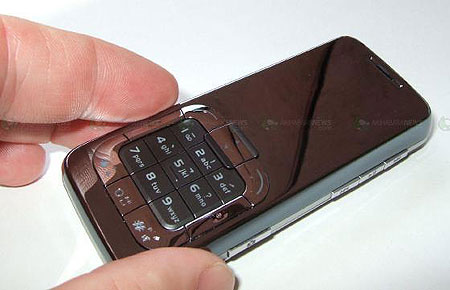 Haier has just announced a new cellphone known as the Haier Sterling. The Sterling certainly comes with the looks to suit its description, despite the fact that the metal finish will be a constant fingerprint magnet. I find that the Sterling's keypad resembles that of the Nokia N73, albeit with the addition of top and bottom buttons which were missing on the N73. Comparison aside, the Sterling will ship with a decent set of features that aim to conform rather than break the mold. The Sterling boasts a 1.3 megapixel camera, an integrated MP3 player, MPEG 4 playback, and a 1.8" display.

You can also access the Internet via WAP, although I strongly recommend against that as WAP is just too slow to be of any practical use. After all, you wouldn't want to throw such a shiny handset against the wall after waiting in frustration for a page to load, would you? A microSD memory card slot is also available for memory expansion options. The Haier Sterling will be released this July for $229.95.

Shhh! My cellphone is sleeping