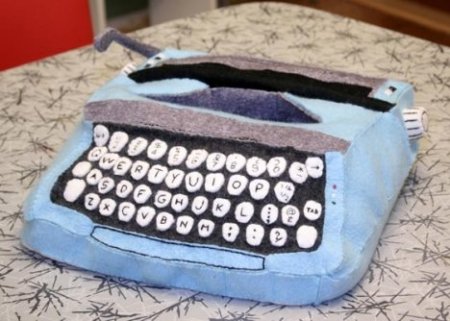 While gadgets are made from cold, hard metal with a generous helping of plastic and other electronic components, they aren't exactly the best items to cuddle up to during those cold, lonely nights when you're left with nothing but a broken heart. Thankfully, a sensitive geek at heart decided to take up the challenge of producing plush versions of everyday gadgets such as digital cameras, ancient typewriters, and a sewing machine among others.

According to the creator of these plushies, it takes anywhere from a week to two weeks in creating a single plushie, no thanks to the painstaking task of dyeing felt and cutting out a pattern, followed by the ardous process of sewing them. While no pricing details have been released with regard to these plushies, interested parties will be thrilled to know that an online store will be set up in the near future.