Home›Trends›Technology›The Internet of Things: How Interconnectivity Is Changing Our World

The Internet of Things: How Interconnectivity Is Changing Our World

Since the 1990s when the Internet first became readily available, the interconnectivity of our world has grown. Now, it’s not just people who are connected, but our devices as well. The Internet of Things (often abbreviated IoT) describes an elaborate network of objects and people, all interacting with one another through wireless communication, sensors and embedded circuits. It allows communication to occur from people to objects, or from object to object. Although it may seem like a novel concept, the IoT isn’t new. In fact, the Guardian notes that the first Internet-connected toaster debuted at a conference in 1989.

However, it is only recently that the IoT became a significant presence in daily life. Users can now sync their workouts to their smartphone, change the temperature of their home remotely and interact with a wide variety of wearable devices; these are just a few examples of how the IoT has become embedded in our culture. And this trend is expected to continue. There will be more than 26 billion connected devices by 2020, according to Jason Morgan, author of The Future of Work and contributor to Forbes. Some estimates are even higher — more than 100 billion by some projections.

What is the Internet of Things, really? “The IoT is a giant network of connected ‘things’ (which also includes people),” Morgan says. It arose in part because broadband Internet has become so widely available. The cost of an Internet connection is decreasing, and more devices than ever before are equipped with Wi-Fi and built-in sensors. As technology prices go down, smartphone use is exploding. These factors all contribute to the growth of the IoT.

Daniel Burrus, author of Flash Foresight and founder of Burrus Research, pointed out in an article for Wired that cloud-based applications are the key to using leveraged data because they rely on increased communication between devices and machines. The IoT can’t work without these applications, which interpret and transmit all the data from sensors. The amount of data that needs to be processed and analysed due to the IoT is huge, which means a large part of its success relies on multivariate analysis software. On www.camo.com the list of applications shows that this data analysis software is hugely important throughout most larger areas of the IoT. The cloud makes the IoT possible, allowing apps to communicate. Other characteristics of the IoT are that it relies on networks of data-gathering sensors, is mobile and virtual, and allows for instantaneous connection.

“The new rule for the future is going to be, ‘anything that can be connected, will be connected,’” Morgan says. There are many examples of what this could look like, both on a small and large scale. Possibilities include connections between a car and Google to map routes, an alarm clock that communicates with a shower to turn it on, and a wearable device that tells when individuals are most active during the day. Some of these connections already exist; however, some may be future innovations. Looking more broadly, the IoT could be applied to transportation networks and “smart cities which can help us reduce waste and improve efficiency for things such as energy use,” Morgan says. Such applications would help us understand and streamline our daily lives.

Energy use in particular is one area that has piqued the interest of the government. Initiatives such as SmartGrid.gov push energy companies to develop and implement smart meters that can control heating and air conditioning remotely, or adjust the temperature when no one is home. The smart homes and smart cities of the near or distant future could have sensors to connect traffic signals, monitor agriculture and manage waste. There is a reason behind such government support: Shared data and automated use is efficient, allowing for less energy use.

How much the IoT has already been implemented depends largely on the industry. For example, manufacturing is a step ahead because the IoT is so useful in terms of organizing tools, machines and people, as well as tracking where they are. Agriculture is another industry that benefits from the IoT. Connected sensors can monitor crops and livestock to boost production and track the health of herds.

What It Means for the Tech World

The IoT has the potential to change business processes and even entire industries. Companies are already innovating by incorporating the IoT into their business models. These solutions change the way work is done while improving bottom lines, according to the IBM Center for Applied Insights. The center cites the following statistics as signs that the IoT is a present and future contributor to business success:

All of this points to one thing: Tech professionals will play an increasingly central role in businesses from here on out. Programmers are creating new applications, vendors are building development platforms, and solution ecosystems are already forming. As these statistics show, industry leaders are implementing IoT strategies already. IBM suggests that “Advanced analytics, dashboards and other decision-making tools will be needed to deliver real-time insights from the data that ‘things’ generate.” This is why businesses are looking to employ trained tech professionals who can develop a solid strategy for “collecting, storing, managing and analyzing all the data that will be streaming from the Internet of Things.” The significant shift to the IoT is an “engine for creating new products and new services,” Burrus adds. That’s where tech experts come in.

The Role of Tech Professionals

It is clear that the IoT will cause big changes for enterprises of all types. When businesses implement the IoT, they can lead industries into a “new era of productivity,” Burrus says. And this innovation has implications beyond just leaders at the C-level; businesses will require skilled professionals to help them successfully implement the new technology and approaches that come with the IoT. To gain these in-demand skills, many individuals are choosing to pursue study in the field of technology. A comprehensive education in either information technology or computer science allows students to become experts who can participate in the rise of the IoT firsthand.

At Concordia University, St. Paul, students can choose from undergraduate degrees in either information technology management or computer science. The online information technology degree focuses on combining the technical and business aspects of a company’s daily operations, while the online computer science degree teaches students to analyze problems and design the tech solutions and strategies to mitigate them. These programs of study prepare graduates for success in a wide variety of tech careers, in industries that will be affected by the IoT in coming years.

The Past, Present and Future of Wearable ... 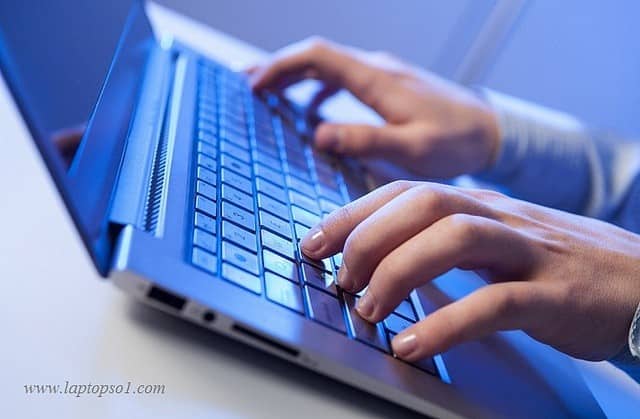 From ARPANET to World Wide Web: An ...