Sir Richard Branson gets techie on flight to Orange County

Virgin America's inaugural flight from San Francisco to Orange County took place on April 29th, and I joined in the all-day festivities to bring you some interesting bits about some of your favorite reality TV stars starting with Sir Richard Branson ("The Rebel Billionaire").  If you guys are following me on Facebook, then you got to see my instant updates throughout the day ( I wish it was as easy to update this blog from my iPhone, but it's not, so make sure you follow me on Facebook). Anyway, I was pleasantly surprised to see Sir Richard Branson sitting next to Arianna Huffington across the aisle as they conducted a live  interview for Digg fans on UStream. You can see a list of questions they asked him here. Personally, I wanted to find out just how social media savvy Sir Branson really is, and while he's not on Facebook, he did tell me he follows his fake profile there for laughs. He was also proud of the fact that he  updates his own Twitter account on occasion and even has a blog, which is more than most billionaires can say. What's even better is that he conducted his first Twitter interview from the sky with the LA Times using hashtags (#vx2oc)! How times have changed!

Miss iJustine was also on board hosting Virgin America's celebrity air-to-ground stream for the OC flight launch, and celebs like Shaun White, Sunset Tan, The Real Housewives of Orange County, and others were there to celebrate the launch. We'll be posting video of the event shortly, so stay tuned for the rest of the interviews. Meanwhile, check out our Flickr stream for more candids, and the pictures below.

Make money off your photos with LicenseStream 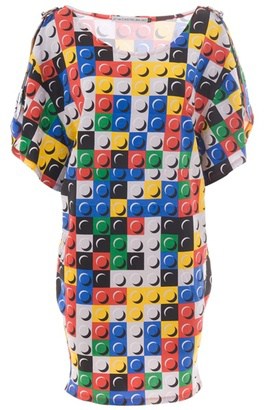