Natasha Bedingfield at the Warfield for T-Mobile Sidekick Concert

Just an FYI for any Sidekick users....

WHAT: The Recording Academy® and T-Mobile present the GRAMMY® Celebration Concert Tour, an exciting five-city music tour featuring exclusive, intimate performances by GRAMMY-winning and -nominated artists. The Tour began in Los Angeles, and will continue in San Francisco on Tuesday, April 14 for a special one-night only musical experience featuring GRAMMY-nominated singer Natasha Bedingfield and N.E.R.D.. The event will provide Sidekick users and music fans the opportunity to see one of the industry’s most talented artists in an intimate setting at The Warfield. Recording artist and beat-boxing extraordinaire Blake Lewis will be hosting the tour as the concert series’ emcee and DJ. Most well-known as the first runner up on American Idol Season Six, Blake is currently working on the follow up to his successful debut album, Audio Day Dream.

A limited portion of tickets for the San Francisco performance will be available through in-store giveaways at these local T-Mobile retail locations: 17th and Valencia in San Francisco and at the Serramonte Mall in Daly City. As a thank you to existing Sidekick customers, T-Mobile will grant VIP concert access to users who show their Sidekicks at the door. Consumers also have the chance to enter to win a VIP concert package online at the official Sidekick homepage. For more information on how to obtain tickets, please visit www.sidekick.com.

The United Kingdom's biggest female pop star, Natasha Bedingfield, has taken the United States by storm with the first British chart-topping hit by a female in almost 20 years. She has sold more than 10 million singles and albums worldwide and has five Top 10 U.K. singles. Her 2006 U.S. debut came with the No. 1 single, "These Words." Later that year, "Unwritten" became the most played song on mainstream American radio and earned a GRAMMY nomination for Best Female Pop Vocal Performance at the 49th Annual GRAMMY Awards Bedingfield’s success continued with "Pocketful of Sunshine" which also became a favorite on radio stations across the country.

World-famous producers and songwriters Pharrell Williams and Chad Hugo of the Neptunes, over the course of their decade-long career, have literally changed the course of music. The duo have worked with everyone from Madonna to Justin Timberlake to Jay-Z and Gwen Stefani and helped create numerous hit songs in the past 10 years. Yet the Neptunes is who they are; N.E.R.D. is what they do. Combining Pharrell, Chad and longtime friend Shae, the group creates explorations of sounds, emotions and truth, adhering to no agenda and subscribing to no rules. The group is currently promoting their third album, Seeing Sounds.

With its signature swivel screen and full QWERTY keyboard, the T-Mobile Sidekick family of devices are designed for virtually anytime, anywhere communication. With always-on access to e-mail, instant messaging and text messaging, as well as a robust web experience to access sites such as MySpace, Sidekicks provide the luxury of being the center of one’s social circle.

* Monday, May 4 at the House of Blues in Boston with 2 artists to be announced.
* Wednesday, May 13 at the Fillmore Miami Beach at the Jackie Gleason Theater in Miami with Katy Perry and Common.
* Thursday, May 28 at Terminal 5 in New York City with LL Cool J and Estelle.

**Details on the scheduled performers in each city and how to obtain tickets are available at www.sidekick.com and www.GRAMMY.com. 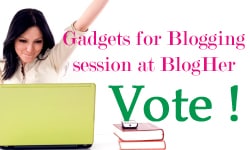