If you've been following the news coming out of CES, then you know the Palm Pre is all everyone is talking about, and for good reason. The Palm Pre is coming to Sprint, so all of those who held out for something better than the iPhone  should keep an eye out for this awesome phone. The Pre weighs 4.8 ounces, sports a 3.1-inch touch display, 8GB of storage, has a curvy slider body, a slide-out QWERTY keyboard, 3.0 megapixel camera with flash, and Palm's new webOS. It does lack a few important features such as removable memory, and video recording, but those may be addressed in future versions.

The phone's capacitive touch screen allows you use certain finger gestures similar to the iPhone's to scroll through pages and zoom in and out. Like the iPhone, Pre also features a single button below the screen that acts as the home button, and has several side buttons that control the phone's volume and airplane mode.

Palm's webOS is by far the most interesting feature in this phone because it lets you scroll though your applications using a "cards" model so you can view all your open applications at once. If you want to close any of them, you simply swipe your finger upwards to close them.

With the Palm Pre you'll be able to check your email, Facebook, text messages, and calendar among other things. There will be an app store  before the phone launches sometime this year, so SDKs will soon be available to developers. Price is rumored to be between $400 and $200 with a two-year contract, although nothing's be officially announced yet so stay tuned. Below are some pictures and videos from my visit to the swanky Palm Pre lounge at CES. 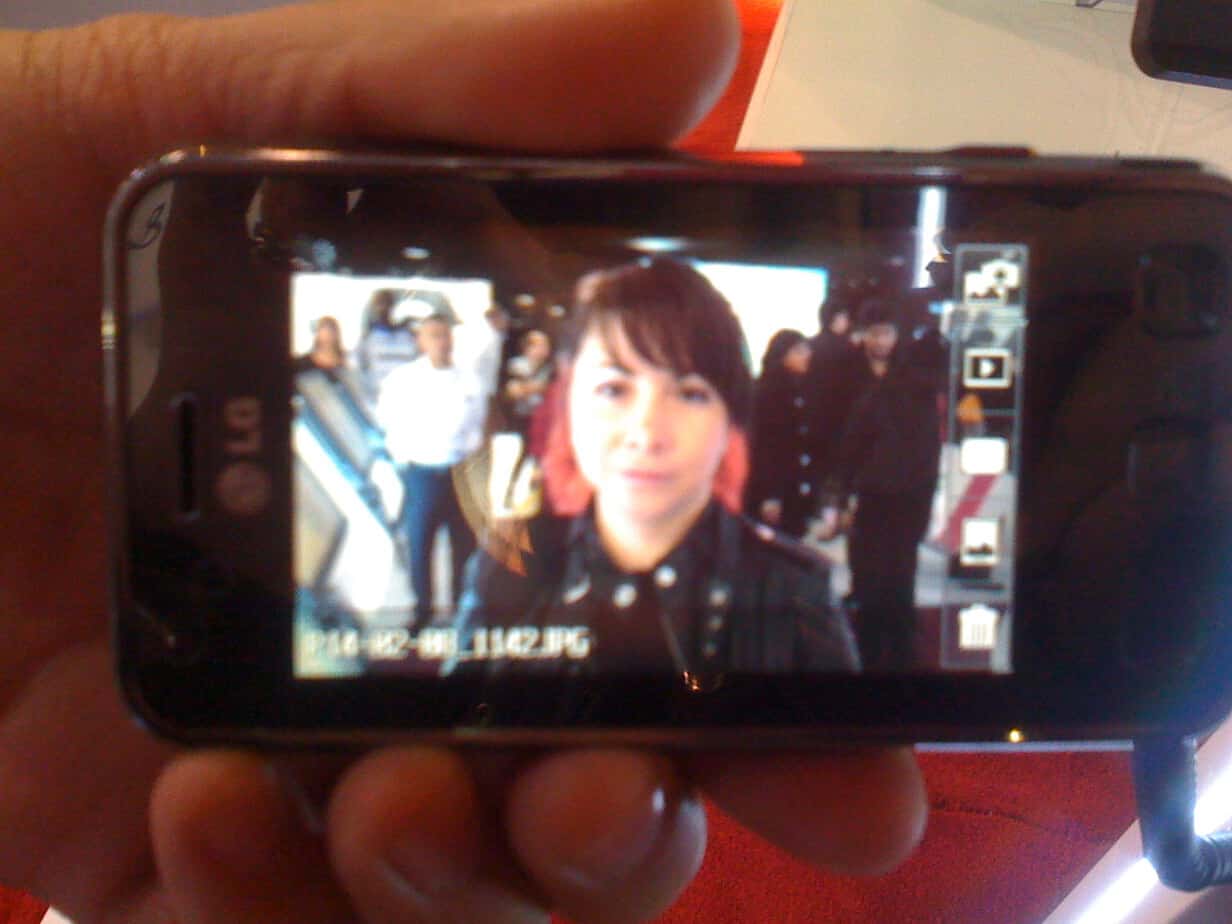