Home›Featured›The Good, Bad, and Ugly sides of the iPhone 3G

The Good, Bad, and Ugly sides of the iPhone 3G

In the first edition of "The Good, The Bad, and The Ugly" we take a look at the new iPhone 3G to bring you a complete overview of what to expect next month when the miracle phone rolls out.

The Good: Steve Jobs finally did it, folks. He introduced the iPhone 3G to the world at the WWDC. Not only is the new iPhone 3G twice as fast as the old iPhone, but it's also cheaper, it's equipped with GPS, a normal headphone jack (no more dorky adaptors), and it will be available in black and white. A firmware update will give it even more functionality like the ability to send photos as attachments, contacts search, bulk delete, and Powerpoint. But that's nothing compared to what's coming when the Apps Store opens up. Once that happens, jailbreaking your phone will be unnecessary, unless of course, you refuse to pay for new applications. The phone will be launching worldwide on July 11.

The Bad: The iPhone 2.0 still doesn't have a video camera, MMS, Bluetooth audio (AD2P), or even a memory card slot for more storage. It's amazing that the most wanted phone in the world still lacks basic features most phones out there have. What astonishes me, is that the iPhone 3G will have GPS features for buddy tracking and geo-tagging, yet it's unknown whether we'll be able to download multimedia over AT&T's 3G network. I mean what's the point of having 3G if you can't? Also, only an 8GB and 16GB model will be available.

The Ugly: Apple delivered it's news of the cheaper phone so astutely, no one even thought about the hidden costs of the new iPhone until the day after. Everyone cheered over the $199 (8GB) and $299 (16GB) price point on the phone, but what most didn't realize was the we, as consumer, were still responsible for paying the full price of the phone over the course of two-years.

You see, AT&T is paying Apple a subsidy for each phone as opposed to a monthly usage fee. Once the phone sells, Apple makes it's money, and now it's up to AT&T to pass the cost on to its customers. Customers who sign up for the new iPhone 3G will have to pay $30/mo for a data plan that used to cost $20/mo ($45/mo for business users), they'll also have to pay an extra $5-$20 more per month for SMS because they're not bundled anymore, and those who want MobileMe will pay $99 a year extra.

Vallewag did the math, and they says you end up paying $1,038 over two-years for the new iPhone. That's equivalent to buying two or three iPhones at full price.

Another huge obstacle for consumers who have bad credit is the canning of AT&T' GoPhone prepaid plan for the iPhone 3G. As you can imagine, consumers aren't too happy about this especially because they won't be able to activate a new shiny iPhone at home. Which brings me to another ugly point: activation.

Unlike the iPhone 2.0, the iPhone 3G will require that consumers activate their new phone in-store, which means longer lines and wait. There's also no online purchases after the iPhone 3G launch, so like everyone else, you'll have to wait for your phone to be activated. What's worse is, if you do buy your phone online, you still have to go to the store to get it activated or AT&T and Apple will penalize you for it.

It seems to me getting an new iPhone 3G is going to be ugly, but I'm sure most of us will get one anyway. What about you? Are you getting one? 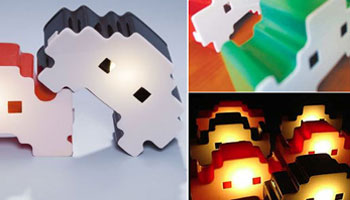