Angelina Jolie Admits to Being Tech-Challenged

Here's more evidence that stars are "Just Like Us:"
Angelina Jolie has become a sort of icon in the video game world thanks to her role as Lara Croft in Tomb Raider, and she also happens to be one of my favorite high-tech heroines after playing "Jane" in Mr. & Mrs. Smith (and snatching THE hottest man alive). I mean, who wouldn't want all those high-tech surveillance gadgets she used in the movie to track her targets or that sweet tricked-out wall

oven full of knives? Disappointing news everyone, turns out the real Mrs. Jolie-Pitt is technologically challenged. People Magazine says that while attending the Santa Barbara International Film Festival this weekend (she received the Outstanding Performance of the Year Award for her role in A Mighty Heart) Angelina said her life isn't so high-tech: "As Brad knows, I don't really know how to turn on a computer." Well that's news. The woman can fly a plane, but she can't turn on a computer? What is this world coming to? What do you think? Is Angie being modest here or do you think she really needs help in the computer department? Ha! It feels good to know sometimes she can't have it all. 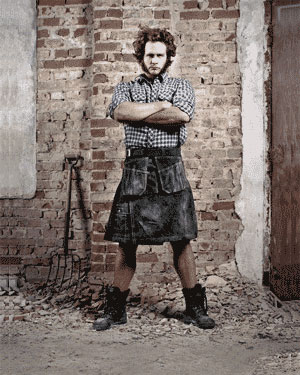 A Kilt for Your Gadget-Man 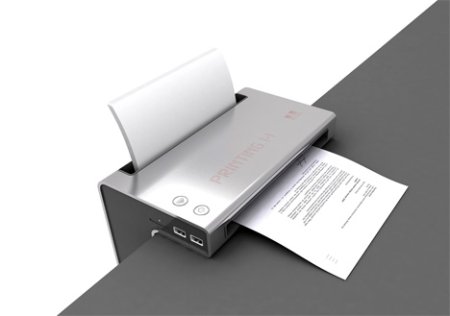 Hanging Printer lovely to look at