This PS3 plays no game, but fills hungry stomachs 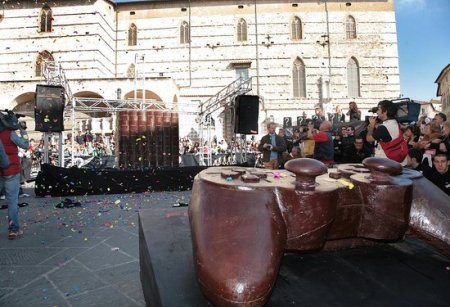 If you have a sweet tooth, chances are you'd be looking out for some candy instead of a PS3 console, right? Kids in Perugia, Italy, were surprised when Sony recently released a stack of 150 chocolate PS3 consoles at the Eurochocolate festival. While they won't be able to provide you with the latest in entertainment and gaming, at the very least they'll be able to help feed your sugar cravings albeit for a while. The release of this chocolate PS3 coincided with the unveiling of the latest 40GB SKU PS3, which is essentially a stripped down version of the 60GB and 80GB models.