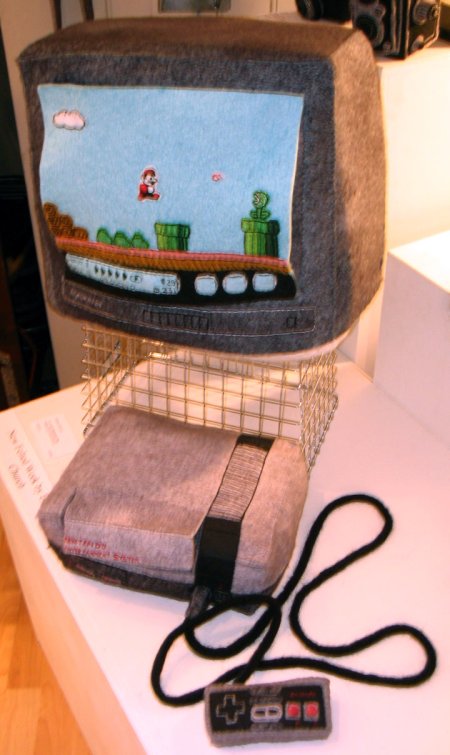 Mario is arguably Nintendo's most famous character, and this affable plumber has appeared in all sorts of merchandise so far to the delight of his cohort of fans and neutral observers alike. Handmade projects of this rotund Italian are few and far between when you take quality into consideration, but apparently Sewn By Blythe has poured plenty of man hours into this project (2 weeks to be exact) to come up with an impressive looking plush TV set, a NES console, a NES controller, and a gun complete with a couple of games on screen.

The TV set is really cute, featuring interchangeable screens where one involves Mario trying to avoid a flaming fireball in Mario 3 while the other screen shows Duck Hunt. Both controllers and gun can be unplugged and switched around, while the game slot was made to mimic that of the real NES console as it can be opened to add or remove games.