Home›Gizmos›Spy on your home aurally

Spy on your home aurally 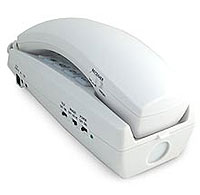 Let's say you have long suspected of your maid's involvement with your man, although you haven't managed to sniff out any decisive evidence yet despite your intuition going into overdrive each time you confront him. What better way to find out for sure by acting non-chalantly in his presence as if you don't know any better, leaving the TeleSpy Intrusion Detector Phone to do the job for you? What looks like a standard house phone is actually that and more. The TeleSpy Intrusion Detector comes with integrated motion and audio detectors, capable of calling your cellphone in the event where either sensor is activated to let you eavesdrop on what's going on in the immediate vicinity.

A watch Einstein would love