You may have heard that Nintendo is relasing the Nintendo DSi in the U.S. on April 5th. This latest version of the Nintendo DS features dual cameras (one inside and one outside), larger screens, SD card slot, ability to download games,  and better speakers.  The new version will be available in white and blue and retail for approximately $180. This version of the DSi is already available in Japan, and now three more colors have been revealed. Kotaku says the  new colors being relased in Japan are Pink, Lime Green, and Metallic Blue, which will go on sale on March 20. What does this mean to you? Nothing really, except they may be colors we can expect hopefully by Christmas time.  Honestly, I'm still not sure why anyone would "upgrade" to the DSi, but if you plan to do so, you better start selling that old Nintendo before anyone else starts. 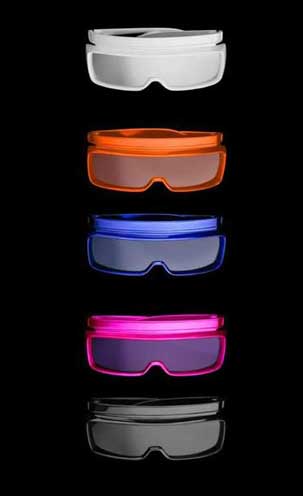 Get the Sci-Fi look with Dior Blow ...

Electronics Stimulus Plan: We have gadgets to ...