I've never been to Fashion Week in New York, so I was really excited when HP invited me to meet Vivienne Tam and LG invited me to meet Christian Siriano in the same week.  As you know, Christian Siriano partnered with  LG and even designed a fabulous scarf for the Lotus that debuted at Fashion Week last year. This year, the 'Project Runway' alum did it again by introducing a new a accessory for the trendy Lotus.  On Thursday, I headed to the Tents at Bryant Park to see the new fashionable garment make its way down the runway in the form of a beautiful satin chocolate-colored vest being worn by one of the models. The phone was half-hanging from her right hand pocket, which from far away didn't make much sense, until you see the gold chain that clips to the phone to keep in place much like a pocket watch.  It's not uncommon to think of phones as a time piece, but clipping one to the vest like a pocket watch is not the most practical way to carry a phone if you ask me. Nonetheless, the vest is as trendy as the Lotus, and I have no doubt this garment will also be a hit among Siriano fans. 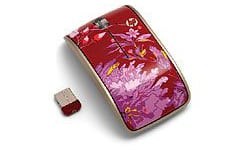 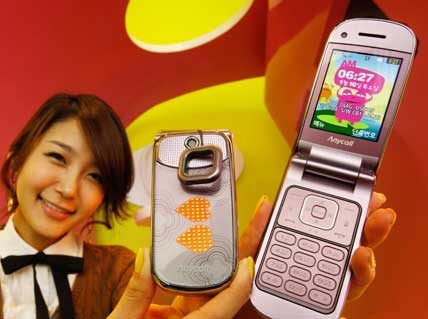