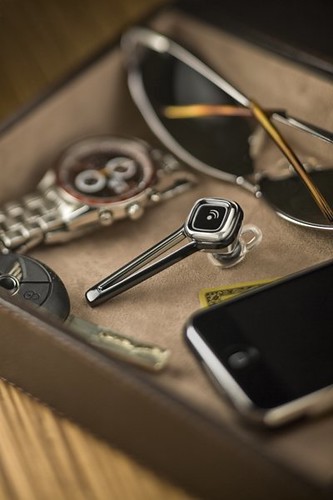 An amazing Bluetooth headset arrived at my door the other day and I've had the pleasure to test out the features this past week.  The Plantronics Discovery 925 has had quite a bit of good press lately so I was excited to be able to review one myself.  When it arrived I went pretty easy on it, charging it up as the directions stated, and taking time to read the brief but precise directions.  That didn't last long because I wanted to really put it to the test during my work week.

Opening the package revealed not only the VFrame design, that is impressive alone, but also a new feature I haven't been exposed to yet with headsets--a carrying case with a battery for charging on the run.  Recharging can be done either directly via the headset and an AC plug or by placing the fancy headset into the case (which holds the Discovery 925 with a firm grip, no charging mistakes there) and plugging the AC into the bottom of that.  Then, later in the day when you are not using your headset, you can place it directly into the charged up case and recharge it between meetings or travels.

Plantronics has an AudioIQ noise control technology that passed my "convertible" test well.  I drive home from work with the top down on my car and I made several calls while both on side streets and on the highway (windows up, of course) and I had no problem hearing or conversing with the other party.  Impressive!  I can't say they couldn't hear road noise, but the conversation wasn't halted because of it.

The setup with my Blackjack II was painless and quick, and the battery life has been incredible with the extended feature of the charging case.  Plantronics says that 5 hours of talk time can be enjoyed and 7 days standby, but add in the case charging time and I think that gets automatically extended. 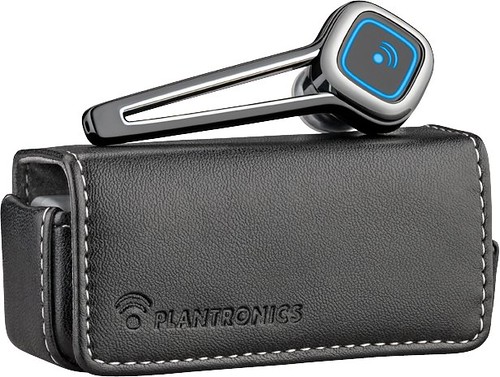 Three sizes of eartips are shipped with the headset but I used the one it came with and haven't had an issue with it falling out of my ear or moving.  I had previously insisted all my headsets have an over-the-ear design, but this product has converted me.  Light (so light I forget I am wearing it constantly) and easy to keep safe and charged up, this would make an excellent gift for business or pleasure seekers.

It tops my list of Bluetooth headsets that I recommend to others, for sure.  I think I've used the L-word a few times, too.  Shh!