Sony Ericsson has just rolled out a new cell phone - the F305 which will hit the Asian market, although I'm pretty sure that importing one over Stateside or to Europe shouldn't be too much of a hassle should this be a worldwide handset. The F305 will be an entertainment handset, with games being at the top of its feature list compared to the previous Cybershot and Walkman series. Targeting the young (as well as the young at heart), the F305 cell phone will feature Motion Gaming, allowing a simple flick of the wrist or an arm swing to control the movement within the game, courtesy of advanced motion sensor technology within. Guess the Nintendo Wii has much more influence than I originally thought. Standard cell phone features such as Bluetooth connectivity, a 2 megapixel camera and a Memory Stick Micro slot are included. No idea on pricing, but it will come in polar white and mystic black colors sometime in Q3 2008. 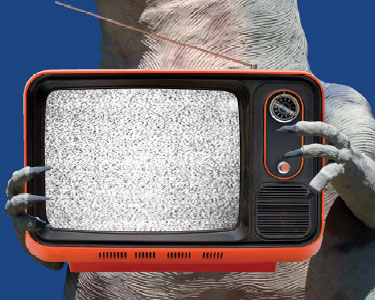 Glitches in the DTV Switchover

Aquavision entertains while you soak