Barbie rocks on with B2 MP3 player 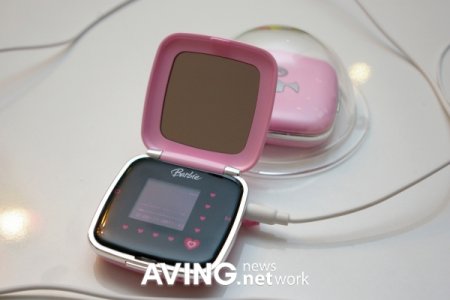 Innoman of Korea has just released a new Barbie MP3 player known as the B2. Other than the garish pink that it comes in (that's to be expected, considering the target demographic of this MP3 player), you get stuff that adolescents and teens of the female persuasion will appreciate - a mirror at the top half when its clamshell form factor opens up. At the bottom half is where the real deal is - you get an image viewer, an integrated FM radio and a voice recorder, all powered by an internal lithium polymer battery that boasts up to 10 hours of continuous playback. The Barbie B2 MP3 player costs 129,000 Korean Won, and that roughly translates to 140 clams here.

Crystallized Wii to the fore