Aren't these pet urninals hilarious? Don't panic. This is really not out there. The picture is a visual for an ad campaign by Tobias Carlson promoting a British reality show called WAGS Boutique. I believe the show is about a competition between two teams of women setting up and running fashion boutiques in central London. More pics of the campaign over at NotCot. 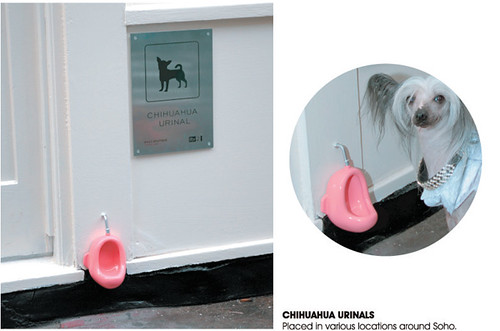 Fight SAD with this Dorky Look