Home›Gizmos›Gaming›Train your face with the DS

Train your face with the DS 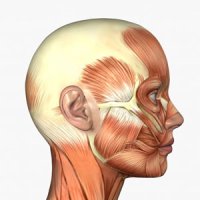 Who would have figured out that a game like Brain Age would sweep the world in a brainy frenzy within such a short span of time? This self-improvement title has been a big hit, and with Konami working on a couple more titles for the DS, the train is not about to stop just yet. In addition to skin care and yoga titles under Konami's banner, there is also word of a "Face Training" game (Otona No DS Kao Training in Japanese) that will be released sometime this month.

Needless to say, what use is there for face training other than to preserve one's youthful lines? Women will be the primary target, and this game comes with a special camera that is plugged into the DS' Slot 2 port. You will have to play this game sideways just like Hotel Dusk and Brain Age in order for the camera to work properly, tracing your facial movements according to the instructions given. It seems as though regular face training will prevent wrinkles in the long run in order to combat the ravages of time and gravity. There is no word for an overseas release just yet, but it would be pretty interesting to see if gamers import this since you won't need much translation to make a few monkey faces at a camera. Otona No DS Kao Training will be released this August 2nd for approximately $39.