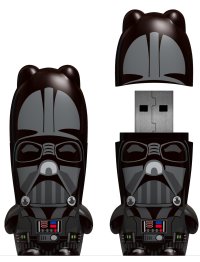 Mimico is going to release a Darth Vader version of their popular Mimobots. This will be a limited edition with only 3500 being sold. These are officially licensed by George Lucas and will cost anywhere between $80 for the 1GB up to $170 for the 4GB version. If you were thinking of picking this one up, you better go to Mimico and preorder yours right this very second. It looks like they are also planning on releasing three more Star Wars drives in the coming weeks, so keep an eye out and you may be able to pick up a very cool drive.  [UberGizmo]

Mirror Helps You Be All You Can ...